Home » Media » In The News » Bigger is not always Better

Bigger is not always Better

During surgical training I got a call from my mother with an unusually focused question. She had just returned from the doctor’s office where she was told she needed to have her gallbladder removed. Her question to me was simple enough — “Where should I have my surgery?”

Like nearly every health care provider, I’m quite used to having family members ask for medical advice. Usually it is in other fields I do not practice, and I often guide them back to the doctor they’re already seeing.

But this time was different. Not only was my mom asking about a procedure I have actually performed, she was also asking an important question about variation in hospital quality that is the focus of my research work. Even if I weren’t her son, I was probably a good person to ask and should have an informed answer for her.

Like every son, I wanted my mother to have the best operation possible

Like every son, I wanted my mother to have the best operation possible. I told her to travel across town to the large academic center. She resisted.

My mother preferred to stay closer to home at a small community hospital. She argued that she was a fairly healthy person for her age and the operation was less complex than other procedures. “When I need a big heart operation, then I’ll come across town,” she told me.

It turns out my mom’s hunch was right: My colleagues and I have found through research that big, academic medical centers don’t outperform local hospitals when it comes to common procedures. This upends some of health care’s most conventional wisdom — that the places with the highest volume of care provide the best quality — and suggests a different mindset for patients shopping for care.

For millions of Americans who undergo surgery every year, choosing a location of care can be challenging. The publicly reported quality measures of hospitals are difficult to understand. Even if you ask a group of surgeons for surgery recommendations, they often disagree. When I sought out advice from colleagues on where my mother should have her operation, everyone had an opinion.

Not surprisingly, they were all different and backed by little research evidence. Most did rely on the time honored adage in medicine, “the more often you do it, the better you are” that informed the advice that my mother should travel to a large high-volume academic center.

But a closer look at the research of hospital volume and outcomes reveals gaps in the logic. The most often cited papers exploring this question studied large complex operations like open heart surgery or removal of cancers. For more common procedures, like removing a gallbladder, we have little information to tell us whether our local hospital is safe, or if instead we should trek across town to a larger center. We all have just been assuming that even for these common operations, “bigger hospitals are better.”

Around the time of my mother’s operation, I kept reading research about variation in hospital quality for surgery, including this piece in the New England Journal of Medicine. The authors found that your chance of dying in the hospital after inpatient surgery could be twice as high, just based on what hospital you went to!

Of course my gut sank, and I couldn’t help but wonder if I let my mother go to the wrong hospital. But when I read through their methods more closely, I still didn’t have an answer. Like other evidence evaluating surgical quality, this study also focused on “high risk” operations that did not include common procedures like the one my mother needed. Thus, the question of where to go for common operations was left unanswered.

Recently in the Journal of the American Medical Association I reported new evidence that helps answer where you should go to obtain care for common surgical procedures.

Studying 1.6 million operations reveals something crucial about how to have safe surgery 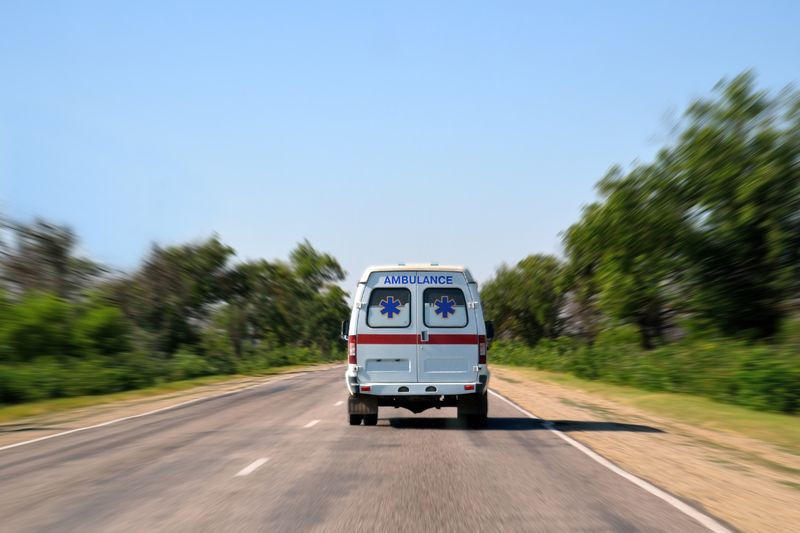 With my colleagues at the University of Michigan, we studied 1.6 million Americans who underwent common surgical procedures including removal of the appendix, removal of the gallbladder, hernia repair, and removal of all or part of the colon. We compared those who had their operation at small, often rural hospitals with less than 25 beds (designated “critical access hospitals”) with the larger, usually urban centers.

Our findings were unexpected. For these common operations, the small critical access hospitals had no difference in rates of mortality and lower rates of complications (e.g., heart attacks, pneumonias) after surgery compared with the larger hospitals. Of note, the small critical access hospitals generally operated on less-sick patients. Even when we accounted for that in our models, the findings were the same.

The findings of same or better care at smaller hospitals are surprising to most surgeons I’ve spoken with. After all, nearly all of us trained at large academic centers where we performed rare, complex operations and usually only saw patients from smaller hospitals when something had gone wrong. Unless we spent time in the small rural hospitals, it was easy to forget to that many of the operations performed there are less complex and happen with few complications.

Small hospitals can deliver better care at a lower cost

This is even taking into account regional wage indexes, and that these small rural hospitals often get federal subsidies to help keep them open. For the 59 million Americans living in rural communities, this may be the most important finding affecting their future access to care. As more than 600 small rural hospitals are in danger of closing due to financial hardship, legislators are debating the value these small centers provide.

By providing safe local care at lower cost, these small rural hospitals may in fact be the type of providers that legislators want to support and help keep open.

What my mom’s surgery taught me, a doctor, about health care safety

My mother ended up having her operation at her local hospital and it went just fine. She got a safe operation without the trouble of traveling. It turns out, as this evidence suggests, that her experience mirrors that of most who similarly opt to stay local. For the patients that do have a complication and need a return trip the hospital,additional evidence suggests they seem to do better when they go back to the same place they had their original operation. For many patients, that could be facilitated if their first operation were closer to home.

Recently a colleague at work asked for advice about where his family member should have surgery. Many of us repeated the usual advice — “bigger hospitals are always better” — and suggested a trip across town. As our health care system attempts to deliver more patient-centered care, we’ll need more research to understand which operations can be safely provided locally. For now, at least, the evidence suggests what my mother seemed to know all along — for common surgical procedures in less-complex patients, the answer is closer to home than you think.

Andrew M. Ibrahim, MD is a house staff surgeon and Robert Wood Johnson Clinical Scholar in the Department of Surgery at the University of Michigan. You can follow him on Twitter at @andrewmibrahim.

First Person is Vox's home for compelling, provocative narrative essays. Do you have a story to share? Read our submission guidelines, and pitch us at firstperson@vox.com.